The International Society for Laser Dentistry (ISLD) is a dental organization that promotes professional excellence in the use of lasers through scientific research and education. ISLD is striving to enrich the knowledge of its members and to elevate the scientific research, practice, and teaching to its highest levels, and to disseminate this knowledge throughout the world in order to improve the dental health standards. Among other goals of ISLD, the society is motivated to cultivate and foster international professional relationships and cooperation with scientific organizations from other fields of dentistry and with universities in the fields of laser research and development. ISLD serves its members as a nonprofit organization, which follows exclusively charitable purposes, without beneficial interests and where its financial means are restricted for statutory purposes only. The society encourages membership of dentists and scientists who are interested in research, teaching and the clinical use of laser technology related to dentistry, biology, medicine, and surgery.

Organization Board
(Congresses and Public Relations)

ISLD as the biggest Laser Dentistry Society worldwide announces something...

The unfortunate event of our President’s loss, made all of... 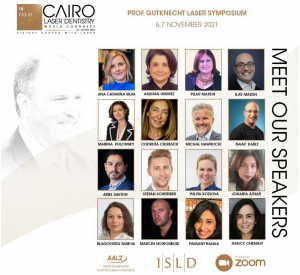 In loving memory of our late President, Prof. Norbert Gutknecht,... 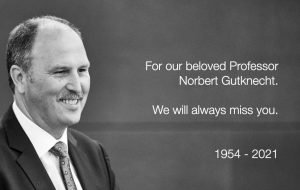 Wiith great sadness and pain, ISLD announces the passing away...